What Are the Differences Between Heartburn, Acid Reflux, and GERD?

Natural Remedies For Reflux And Heartburn

Getting more alkaline into your diet

Lifestyle Guidelines for the Treatment of GERD

What Are the Differences Between Heartburn, Acid Reflux, and GERD?

Acid reflux is a common medical condition that can range in severity from mild to serious. Gastroesophageal reflux disease (GERD) is the chronic, more severe form of acid reflux. Heartburn is a symptom of acid reflux and GERD.

The term “heartburn” is misleading. The heart actually has nothing to do with the pain. Heartburn occurs in your digestive system. Specifically, in your esophagus. Heartburn involves mild to severe pain in the chest. It’s sometimes mistaken for heart attack pain. 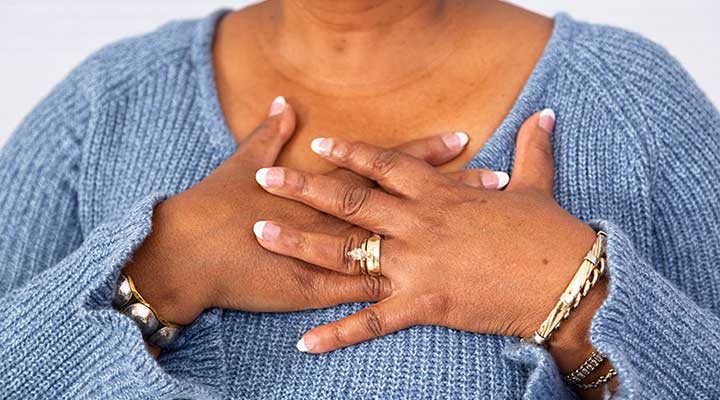 The lining of your esophagus is more delicate than the lining of your stomach. So, the acid in your esophagus causes a burning sensation in your chest. The pain can feel sharp, burning, or like a tightening sensation. Some people may describe heartburn as burning that moves up around the neck and throat or as discomfort that feels like it’s located behind the breastbone.

Heartburn usually occurs after eating. Bending over or lying down can make it feel worse.

Heartburn is quite common. It is estimated that more than 60 million Americans experience heartburn at least once a month. You may be able to manage your heartburn by:

Mild, infrequent heartburn can also be treated with medications like antacids. If you take antacids more than several times a week a doctor should evaluate you. Your heartburn may be a symptom of a more severe problem like acid reflux or GERD.

What is acid reflux? 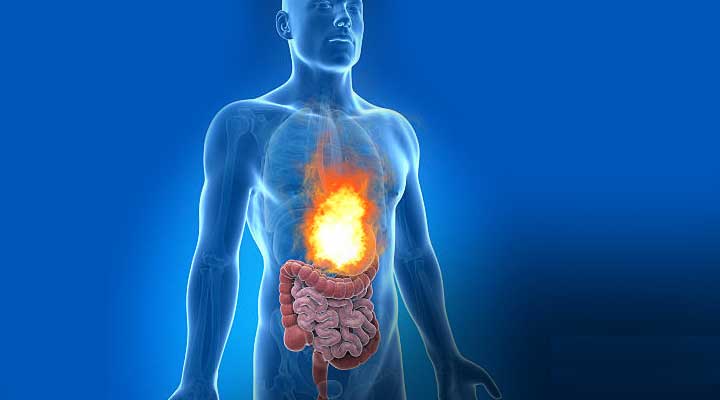 Acid reflux can cause heartburn and other symptoms that include:

GERD is the chronic form of acid reflux. It’s diagnosed when acid reflux occurs more than twice a week or causes inflammation in the esophagus. Long-term damage of the esophagus can lead to cancer. Pain from GERD may or may not be relieved with antacids or other over-the-counter (OTC) medication. 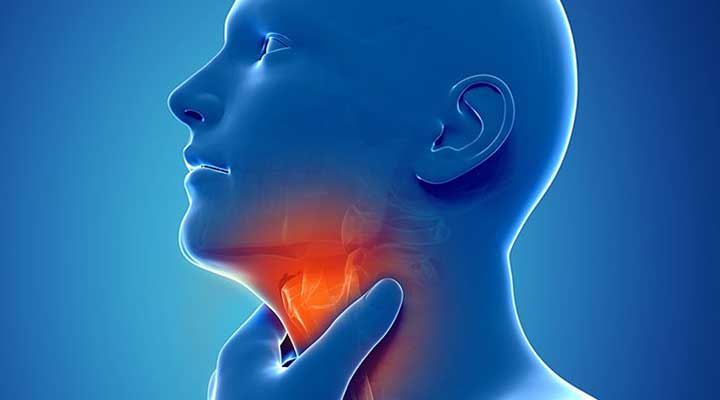 Symptoms of GERD include:

Most people can experience heartburn and acid reflux intermittently related to something they ate or habits like lying down immediately after eating. However, GERD is a chronic condition where doctors start to examine long-lasting habits and parts of a person’s anatomy that could cause GERD. Examples of the causes of GERD include:

Symptoms of GERD may disrupt your daily life. Fortunately, they can usually be controlled with treatment. Options include:

Medications for GERD work to reduce the amount of acid in the stomach. They may not be effective for everyone. Some people need surgery to help reinforce the LES. 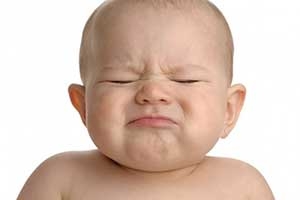 From babies to teenagers, children of all ages can experience GERD. About one-fourth of all children and teenagers experience symptoms of GERD.

The condition is especially common in infants because their stomachs are much smaller and less able to tolerate being full. As a result, stomach contents can easily come back up.

Symptoms associated with GERD in infants include:

About 70 to 85 percent of infants have regurgitation the first two months of life. Typically, 95 percent will outgrow the symptoms by the time they reach 1 year of age. Children with developmental and neurological conditions, such as cerebral palsy, may experience reflux and GERD for longer time periods.

As a child ages, they can still experience symptoms of GERD. The symptoms include:

Talk to your child’s pediatrician if you think your child is experiencing GERD. Untreated symptoms can cause permanent esophagus damage.

Heartburn and GERD in pregnant women 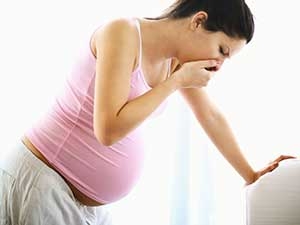 Heartburn and GERD are commonly associated with pregnancy and can occur in women who may never have had GERD symptoms before. Pregnant women usually experience GERD symptoms around the first trimester. It then worsens in the last trimester. The good news is that when your baby is born, your symptoms usually go away.

Pregnancy can increase levels of the hormone progesterone, which can cause the muscles of the lower esophagus to relax. This makes it more likely that acid will reflux. Increased pressure on the stomach from a growing uterus can also increase a woman’s likelihood for having GERD.

Symptoms include pain that gets worse after a meal and acid regurgitation. Because the symptoms tend to be temporary, a woman usually doesn’t experience the long-term complications associated with GERD, like ongoing inflammation.

Doctors usually avoid prescribing too many medications while a woman is pregnant because the medicine can be passed along to the fetus. Instead, doctors usually recommend making lifestyle changes, such as avoiding foods known to cause acid reflux and sleeping with the head slightly elevated. Taking antacids that contain magnesium, aluminum, and calcium may be permitted. However, antacids with sodium bicarbonate should be avoided in pregnant women because they can affect a woman’s fluid volumes.

In addition to antacids, common heartburn medications that are typically considered safe in pregnancy include ranitidine (Zantac) and famotidine (Pepcid). For more severe cases, other medications known as proton pump inhibitors like lansoprazole (Prevacid) can often be used. Always check with your doctor before taking any over-the-counter medications during pregnancy.

How is GERD diagnosed?

The typical tests that your doctor will use to help diagnose GERD include:

24-hour impedance-probe study: This study involves inserting a flexible tub into your nose and advancing it into the esophagus. The tube has sensors that can detect if acid is refluxing past the esophagus.

Upper endoscopy: This test involves using a special tube with a camera on its end. When you’re sedated, the tube can be passed from your mouth into your stomach and part of your small intestine. The upper endoscopy test can help a doctor identify any signs of damage, tumors, inflammation, or ulcers in these areas. Your doctor will usually take a tissue sample known as a biopsy.

Acid from the stomach can damage the lining of the esophagus if GERD is left untreated. This can cause:

Eating certain foods are known to increase the amount of acid in the stomach, which can lead to symptoms of acid reflux and heartburn. Avoiding these foods may help to reduce symptoms without taking medications. Examples include:

Making lifestyle changes such as:

Also, if you are overweight, taking steps to reduce your weight can help. This includes healthy eating and exercising whenever possible. If you are not exercising regularly, a good goal is to strive for 30 minutes of exercise five times a week.

For babies with GERD, a doctor might recommend diet changes, such as adding a small amount of rice cereal to breast milk or formula to thicken it to make reflux less likely. Holding a baby upright during feeding, and at least 30 minutes after, may also reduce symptoms. Avoiding overfeeding can help as well.

In older children, a doctor may recommend an elimination diet of foods known to aggravate acid reflux (these foods tend to be the same for children and adults). Raising the head of a child’s bed may also help avoid acid reflux symptoms.

If these measures don’t relieve a child’s symptoms, a doctor may prescribe medications that are similar to an adult’s but in smaller doses. It is important to see your doctor when changes are not helping or when symptoms occur twice a week or more.

Medications are available with and without a prescription for acid reflux and GERD.

Antacids: First-line treatments for acid reflux are usually antacids. These medicines act quickly to reduce the effect of stomach acid, which can relieve symptoms. Examples of these medicines are Tums and Rolaids.

If these medicines don’t relieve acid reflux or a person has GERD, other treatments can include:

Proton pump inhibitors: These medications work longer than H2 blockers to reduce acid in the stomach. They can also help heal the stomach lining. Examples include:

Prokinetics: These are medications like metoclopramide (Reglan). There is controversy as to whether these medications benefit people with GERD. Many new prokinetics have been removed from the market due to serious side effects.

If medications don’t reduce a person’s acid reflux symptoms, a doctor may recommend surgery to avoid further damage to the esophagus and stomach. One surgical approach is known as Nissen fundoplication. This involves wrapping a portion of your stomach around the esophagus to strengthen the LES.

When to call your doctor

Symptoms of heartburn are often mistaken for heart attack, but the two conditions are unrelated. You should call 911 immediately if your heartburn discomfort and chest pain changes or gets worse and is accompanied by:

These symptoms can be symptoms of a heart attack.

Sometimes GERD symptoms can indicate the need for emergency medical treatment. These include:

Not all heartburn requires medical care. Infrequent and mild heartburn can be treated with antacids and lifestyle changes, like avoiding spicy foods. Occasional reflux is not a cause for concern. You should consult a doctor if you have heartburn two or more times a week or if over-the-counter medications don’t relieve your discomfort.

How To Make Your Own Chicken Salad

© 2018 Heartburn Diet | Everything you need to know